The Mural has been commissioned by Landsec who own Lewisham Shopping Centre in partnership with the London Borough of Culture 2022.

Lewisham is one of the most culturally diverse places in the UK and we wanted a largescale public artwork to the pride and unity of the different communities that call the borough home. Earlier this year, we asked local residents to vote for their favourite artwork for this commissioned piece, and Thakali’s vibrant mural ‘Lewisham’ came out on top.

‘Lewisham’ depicts the vibrant mix of cultures and everyday living in Lewisham market, and celebrates the borough’s buzzing sound system culture and jazz scene. Below Thakali tells us about growing up in Lewisham and how these influences inspired the exciting new artwork at Lewisham Shopping Centre. 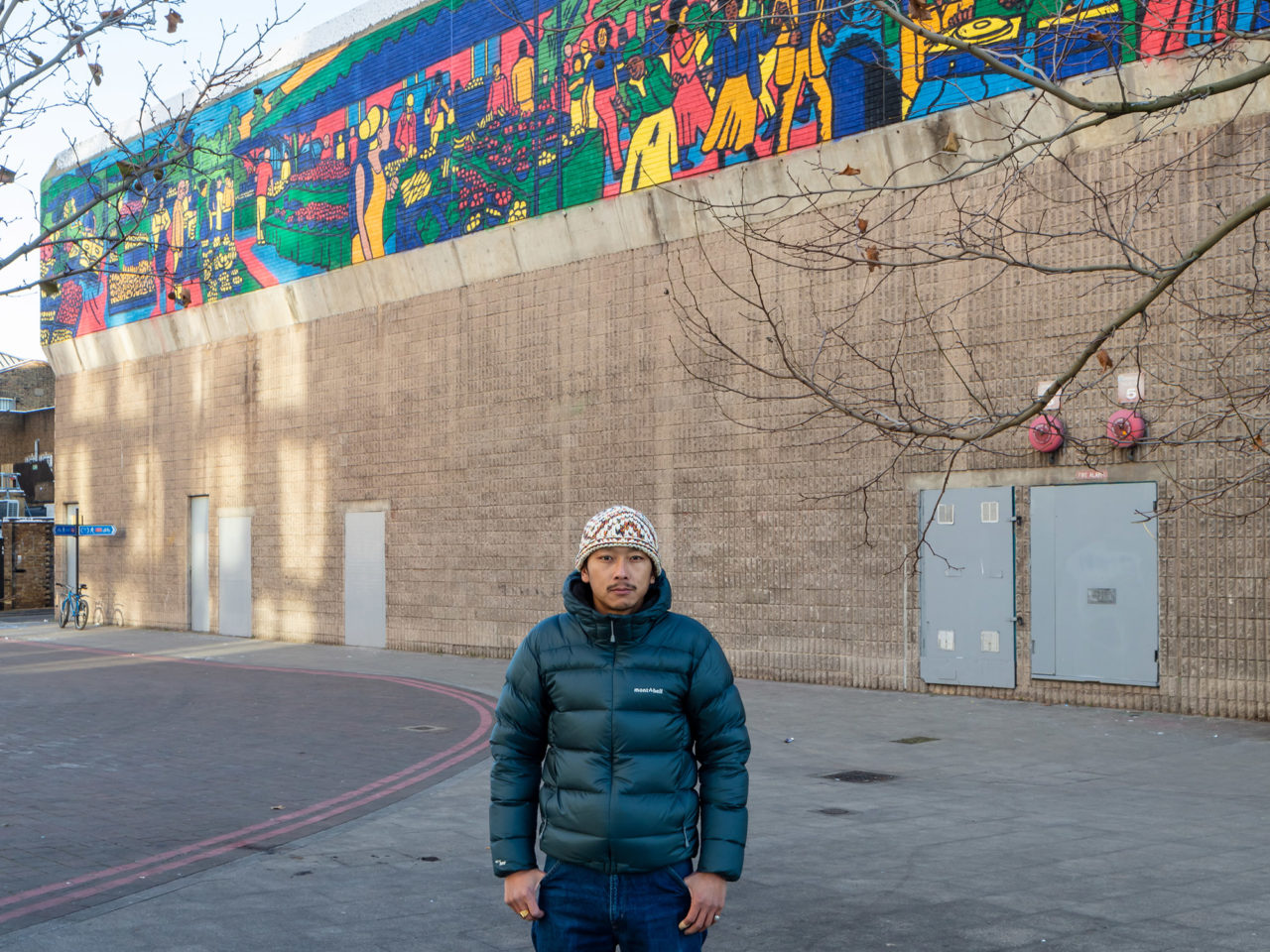 Gaurab Thakali, Growing up in Lewisham

‘In 2006, I left Nepal and moved to the UK with my family, settling in South-East London. I was 15, but unable to join a school, as we arrived after the school year had started. With time on my hands, I began to explore my local area.

One of my first memories of moving here was visiting Lewisham and Deptford Markets with my mum. Seeing everyone from many walks of life enjoying each other’s company helped me readjust to life here. As the year ticked along, I began to make friends my own age in Lewisham through skateboarding, which gave me a sense of community. This is also the time when my interest in art began, looking at all the amazing designs on everyone’s boards.’

My work from the last 12 years has been directly inspired by the local music scene, such as live jazz at the Royal Albert in Deptford, or live music at Lewisham’s Fox and Firkin. Whilst studying Illustration at Camberwell College of Arts, I lived with a few jazz musicians and I’d sketch them whilst they’d play; this eventually led to me working on a number of their album artworks. I really feel like I came up in the new jazz scene with these musicians, culminating in doing the artwork for a ‘We Out Here’ album compilation, which was released on Giles Peterson’s label Brownswood Recordings I’ve felt nurtured as a person and an artist whilst living in Lewisham for the past 12 years and it has provided me with all the inspiration I needed to have a successful career. Having worked on projects around the world it means a lot to me to create something special, bright and energetic for the borough and inspire others. People have said that my work looks like a party they’d want to be at, so I hope that if someone is having a bad day, this mural could make them feel a little better.’

“Central Lewisham has always been an area buzzing with locally-inspired art and creativity, and we’re proud that as owners of the shopping centre it’s now home to such a powerful and beautiful new piece of art available for everyone to see. Gaurab’s story is a powerful one – leaving Nepal at 15 and being made to feel at home by Lewisham’s strong sense of community. As the mural so vividly portrays, Lewisham’s community spirit and the way it celebrates diversity, particularly through its music and culture, is what makes the area so special. I encourage everyone to come down and take a look.”

“My biggest inspiration for my work has always been my experience and the people I find in my local area. Having worked on projects around the world it means a lot to me to create something special, bright and energetic for the borough, inspire others and have a unique relationship with them. People have said before that my work looks like a party they’d want to be at, so I hope that if someone is having a bad day this mural could make them feel a little better.”

Lewisham has been commissioned by Landsec in partnership with London Borough of Culture 2022.